What is Virtual World?

The virtual world is a concept that has become prevalent in recent years. What exactly is the virtual world? Putting it simply the virtual world is a computer-simulated environment; however, this space uses custom-built avatars that allow users to interact. These avatars are graphically rendered using CGI and come in all shapes and forms whether it be two or three-dimensional models. However, the virtual world is more than just on-screen, it is first and foremost a community; a collective of individuals that put forth their knowledge, skill, and personality through their avatars.

Social interaction-based virtual worlds are concentrated on interaction, education, and training. They explore the environment in which socializing is the main idea; like political debates, experiments, sports, educational seminars, etc. This category of virtual worlds has been used for educational, commercial, military training purposes rather than gaming.

Both categories of the virtual world allow for a lot of interacting and engaging similarly to the real world. However, with the virtual world, the impossible becomes possible in the form of renders and it has countless of benefits.

Digital design is a type of visual communication that is on a digital platform. It is an umbrella term that covers different jobs – specifically designing what people see on their screens by the way of websites, apps, and televisions, etc. Virtual Design on the other hand is one of the branches under the wing of digital design that produces multidimensional artworks, spaces, and design. Virtual design tends to mimic the tangible reality to create a different perspective on problems needing a solution. There is always a wrong connotation that digital design is limited to 2d works while Virtual design is anything 3d, though to some extent this may be true for virtual design, Digital design’s scope is far greater than two-dimensional works.

Virtual Reality is a built digital environment seen and explored on-screen, usually games, while Augmented Reality is real-life incorporated with digital objects presented through smartphones or other enhanced technological devices. A lot of people interchange the two, although they are almost the same in design, form and purpose. One way to differentiate the two is to understand that Virtual Reality allows users to create their avatar to play or enjoy “the world” while Augmented Reality allows you as the user to enjoy “the world” without any avatars.

Virtual World and the Society

Virtual World has helped a multitude of people in coming up with the best solutions in their fields. The advancements brought by the emergence of virtual world have industries such as medicine, health, communications, business, technology, and design moved forward. 3d technology, which is a prime tool in virtual world and design, literally recreate actual conditions and offer solutions that can be solved virtually before proceeding to actual mockups.

Contrary to popular belief, the popularization of gaming has positive impact. One of the major positive aspects of it is it allows for inclusivity; people who are disabled or impaired are given the chance to live another life in which they can do whatever they want and with no restrictions. The inclusivity of the virtual world has created a multitude of strong communities.

In addition to that, both social interaction and entertainment-based virtual worlds have helped a lot of people with social anxiety, shyness, and general communication skills. In social interaction-based virtual worlds, the anxiety from face-to-face conversations and judgments are taken away due to the screen; therefore, baby steps are taken to help overcome social anxiety.

Virtual worlds are great escape spaces for many people. The majority of the population whether they are on the younger or older side of the age spectrum deal with quite a bit of stress during the day whereby turning to their avatars in their digital environments has proved to be an escape and stress reliever.

So the virtual world is truly more than just zeros and ones on screen; it is an inclusive community of individuals that share their lives through avatars and personas of their creations. It is more than a space for escape or relaxation but it’s also a tool that allows people to become better problem solvers.

Maxine Panlilio graduated with a Bachelor’s degree in Architecture at De La Salle-College of Saint Benilde in Manila. She started her career under Dominic Galicia Architects where she worked on high profile projects such as the National Museum of Natural History in Manila. Maxine is also the Founder of Maison Panlilio, an Architecture and Interior design studio based in Manila. Her inquisitive nature and love for writing lead Maxine to explore Architecture and Design through her blog, Compendiary (www.compendiary.com).

Rashmonda Ali is a 20-year old Egyptian-Omani creative that is in love with the art and design world. Pursuing a Bachelors in Visual Communication has only fueled her passion for creating art even more. She enjoys creating music, painting, photography, reading books and strives to learn more every day. Rashmonda turns to nature and its beauty to draw inspiration for her art. If ever you see Rashmonda around no doubt she’ll have a pencil and sketchbook in hand sketching out a new idea for a drawing or writing down her thoughts. Outside of her studying life, Rashmonda loves to adventure and make as many memories as possible with friends and family. 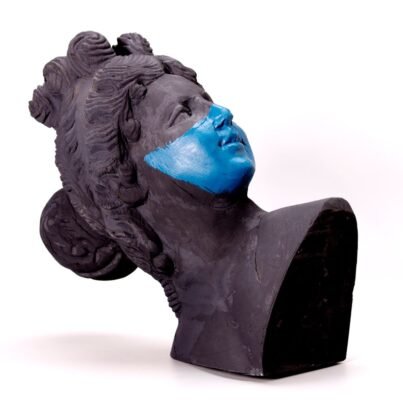 Living in A Bubble: Coping through Design and Style according To the Philippine Participants of This Year’s Maison Et Objet Digital Fair