Virtual reality has caught millions of eyes from the last decade with advanced technology and high-end computer graphics. Within seconds you can switch your surroundings in a three-dimensional simulated environment with a pair of hi-tech headsets. The possibility of turning fantasy into reality has always excited human species. Virtual Reality or virtual environment refers to immersive, interactive, multi-sensory, viewer-centred, three-dimensional computer-generated environments with the combination of advanced technology hardware required to build these environments. Virtual Reality, also known as VR, places users in an experience. As technology evolves, we see a rise of a new term called Augmented Reality—just as VR with one foot in the real world; Augmented Reality simulates artificial objects in the real environment. The best example of AR would be Pokemon Go – a sensational game which brought augmented reality to the consumers in 2016 and changed their perspective about the emerging technology.

The idea of 3D imagery was rooted back in 1800. The illusion of a virtual environment was illustrated in early 1800’s “Panoramic” painting such as the Battle of Borodino painted by battle painter Franz Roubaud which is 115 m wide. The paintings intended to capture viewers’ entire field of sight to make an impression of their presence at the scene. Later in 1832, English physicist Sir Charles Wheatstone described and demonstrated production of the stereograph entailed making two images of the same subject apart to simulate the position of the human eyes to create 3D imagery.

The envisioning of virtual reality seen through goggles was first predicted in 1930 by science fiction writer Stanley G. Weinbaum named Pygmalion’s Spectacles contains the idea of a pair of goggles that let the wearer experience a fictional world through holographics, smell, taste and touch. Over time the human race steadily improvised ways to simulate our senses. Advancing more into technology and developing computer systems in 1957 was Morton Heilig’s Sensorama.  Heilig was a cinematographer turned inventor, who attempted to submerge a viewer in a whole cinematic experience through his arcade style theatre cabinet—patented in 1962—to stimulate all the senses. It included 3D motion pictures, stereo sound, vibrating seats, smell and even wind. A few years later, in 1960, he honed a version of this idea into a patent for the world’s first head-mounted display, promising stereoscopic 3D images, wide vision, and true stereo sound.

Advancing further in 1965, Ultimate Display by Ivan Sutherland emerged with the first ever head-mounted display system using computer-generated graphics that enhanced their sensory perception of the world. He was regarded as the pioneer of computer graphics. In 1968 Ivan Sutherland and his student Bob Sproull created the first VR / AR head mounted display called Sword of Damocles that was connected to a computer and was suspended from the ceiling. The computer-generated graphics were very primitive wireframe rooms and objects. However, it never developed into more than a prototype due to the device’s weight requiring it to be suspended from the ceiling on a mechanical arm. Research accelerated in the field of virtual reality and in 1969, Myron Krueger, an American virtual reality computer artist, developed a series of experiences which he termed “artificial reality”. He developed computer-generated environments that responded to the people in it. This progress boomed in the computer industry. He further built a laboratory at the University of Connecticut called Videoplace that was entirely dedicated to artificial reality. In brief keynotes, Massachusetts Institute of Technology created the Aspen Movie Map—which allowed viewers to take a virtual tour of Aspen, Colorado in 1977.

A new era of researchers and engineers came forth to contribute to the world of virtual reality. In 1985, Jaron Lanier and Thomas Zimmerman founded Virtual Programming Language research which is the first ever VR company to sell head mounted displays and gloves. They developed a range of VR equipment, such as the DataGlove, EyePhone HMD and the Audio Sphere. Jaron Lanier is an American computer philosophy writer, computer scientist, visual artist, and composer of contemporary classical music who is notably regarded as the founder of the field of virtual reality. In 1987, he coined the term Virtual Reality bringing about the true birth of the VR industry. The technology grew and reached NASA in 1989. With the help of Crystal River Engineering founded by Scott Foster, NASA created Project VIEW—used to train astronauts with gloves for simulation of touch interaction to train their astronauts for space landings and touring.

In 1990, Tom Caudell, a Boeing researcher, coined the term Augmented Reality which enhances the real world with computer-generated perceptual information. Augmented reality developed in the computer graphics field and emerged in military training as well. In the early 20th century, Louis Rosenburg, a researcher in the USAF Armstrong’s Research Lab, created Virtual Fixtures—one of the first fully-functional augmented reality systems. Also, the system allowed military personnel to virtually control and guide machinery to perform tasks like training their US Air Force pilots on safer flying practices. In 1991, the Virtuality Group launched a range of arcade games and machines. Players would wear a set of VR goggles and play on gaming machines with realtime (less than 50ms latency) immersive stereoscopic 3D visuals. Some units were also networked together for a multi-player gaming experience.

Virtual reality enraged the gaming industry with new hardware advancement. Sega announced the Sega VR headset prototype for the Sega Genesis console at the Consumer Electronics Show in 1993—fully-equipped with head tracking, stereo sound and LCD screens in the visor. The following year, Julie Martin, a writer and producer, submerged augmented reality in theatre production for the first time in the entertainment industry named Dancing in Cyberspace.  After Sega, the Nintendo Virtual Boy was launched in 1995 claiming to have been the first ever portable 3D gaming console with high quality graphics. The game however, lacked colours as it only displayed games in red and black and the product was not as successful as it was expected to have been. Meanwhile, “sportsvision” broadcasted the first live NFL game though its virtual 1st & Ten graphic system with augmented graphics which brought a whole new experience in sports broadcast and viewership. A big leap for augmented reality graphics development was taken in 1999 when NASA developed a hybrid synthetic vision system of their X-38 spacecraft. The system had visual advantage with AR technology to assist in providing better navigation during their test flights and displayed map data on the pilot’s screen. The same technology we see nowadays in rear view mirrors of a car for parallel parking judgment.

The 21st century became the era of new developments in VR and AR. In 2007, Google enhanced its Maps service with street-level 360-degree images, captured with custom camera equipment leading into 3D street view later in 2010. The same year, Oculus became the biggest news in the history of virtual reality. Palmer Lucky developed the idea of creating a new head-mounted display that was both more effective and inexpensive for gamers. Later in 2012, Palmer launched a Kickstarter to fund the product and development of his prototype headset—the Rift. The campaign raised almost 2.5 million dollars and depicted the success of the modern VR revolution. By 2014, Facebook saw potential in Oculus technology and bought the company for $2 billion. It was during the same year when we saw the launch of Google Cardboard, PSVR and the Samsung Gear VR. Also in the same year, Sony launched Project Morpheus—its very first VR headset for Sony’s PS4. Google also launched its Google Glass devices—a pair of AR glasses that users could wear for advanced experiences. This was followed by Microsoft when they launched their version of wearable AR technology called the HoloLens that runs on Windows 10 making it a wearable computer. Although it came with a heavy tag price, it allowed users to scan their environment and create their own augmented experience. In 2016 and new companies such as HTC launched HTC Vive which led its way into the VR industry. In 2017, IKEA released its augmented reality app called IKEA Place enhancing retail experience in just one tap. The year after, Oculus announced its HMD prototype known as “Half dome” as being an advanced headset which used varifocal lenses and having a wide view. Later that year, standalone virtual reality headset rose and eventually, mobile or computer VR faded.

To date, technological advances continue to increase in the VR world where we see mass manufacturing of affordable headsets. Virtual reality has further developed into the field of architecture and design. Virtual design and construction helps eliminate the costly affair of construction and time-consuming bidding processes. It can be used by construction companies to demonstrate the organizational and collaborative skills that are essential to successfully completing the project. In this way, an engineer can plan out the construction, calculate material requirements and even get more clients involved in the process. The same means of technology is used in fashion and product design making the product development process easier to visualise and construct.

Augmented reality is now used in e-commerce websites providing graphics to improve customer experience while shopping. It has helped to elevate sales in many e-commerce brands. Augmented reality has reached masses to this date where in a click, you can add many filters to your photo—just as basic as that. The major part of AR development gives due credit to sports broadcasting companies for providing us enhanced graphics and optimal viewing. The imagination of escaping the reality and bringing the fantasy world alive has led to the development in Virtual Reality whereas the urge to need more in our day-to-day lives has led to further development in Augmented Reality. The quest for technological advances in VR and AR will continue to rise. The COVID-19 pandemic has given rise to new possibilities in the further intensification of VR and AR to see the world with a new perspective at the comfort of our home and making our lives better. 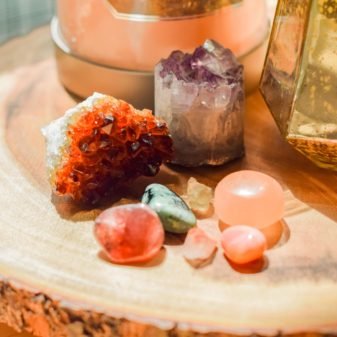