At a time when the world is engulfed by the stress and stigma of a global pandemic, we have the tendency to forget long-standing issues that go far in terms of impact and reach.  The universal quest for sustainability remains loud as much as it is urgent.  From emerging mindsets on resource use and generation to game-changing practices in waste management, our current body of knowledge on the planet we inhabit has dramatically grown over the last two decades.

However, the disruption in our steady climb to reaching our sustainability goals has caused us to set them aside.  With milestones cast, we pursue and persevere as we also explore new approaches toward a clear, common aim.  Our previous article FULL CIRCLE: Narrative Shapers of Sustainability has explored the concept of the Circular Economy (CE) while recognizing the courageous crusaders and warriors of this school of thought.

BioEconomy (BE)–the portmanteau word merging Biology and Economy–has come in as a promising and dynamic complement to the concept of Circular Economy.  At times, these two are further fused into the singular phrase Bio Circular Economy.  Whether taken independently or as one, both of these concepts have paved the way for new strategies and actions during the recent years.

As a global concept, we discover the shifts in the worldview of BE. Let us take off from the chapter: Bioeconomy Concepts from the 2018 book Bioeconomy written by Dr. Regina Birner, an agronomist who chairs the Social and Institutional Change in Agricultural Development at the University of Hohenheim in Germany.  From “resource substitution” to “biotechnology innovation”, these perspective shifts benefitted much from the European Union’s promotion of a ‘knowledge-based bioeconomy’.

Often mistaken to mean the same, the term bioeconomics is closely related to BE. In fact, it is one of the roots of the concept of bioeconomy–that may be described as “advancements in biological sciences and in biotechnology, which have the potential to transform many industrial production processes”.  As far back as the 1980s however, we have already encountered the connected idea ‘biological revolution’–viewed then to bear a strong ‘industrial impact’.

Published just last month, we refer to the article Implications for Sustainability of the Joint Application of Bioeconomy and Circular Economy: A Worldwide Trend Study which is an opportunity for the world to revisit, reassess, and recalibrate these sustainability concepts. Owing much to the seeds planted by key global unions and agencies, we sow the ideas and initiatives laid out as we all work towards reaping its rewards.

Let us take a closer look at the pioneering efforts demonstrated and shared to the world by one of the prime directors of Bioeconomy–both as an agenda and as a movement.

As identified and defined in the OECD website, “the Organisation for Economic Co-operation and Development is an international organisation that works to build better policies for better lives”. Evidently, their goal is “to shape policies that foster prosperity, equality, opportunity and well-being for all” drawing wisdom and expertise from their 60 year-experience and generating insights in order to “better prepare the world of tomorrow”.

Working closely not only with policy makers and citizens but more significantly with governments across the globe, the OECD works to establish evidence-based international standards and finds solutions and responses to a wide range of social, economic and environmental issues and challenges–providing a “unique forum and knowledge hub for data and analysis, exchange of experiences, best-practice sharing, and advice on public policies and international standard-setting”.

In 1990, the OECD established its International Futures Programme (IFP) which was designed “to help policy makers in government and business come to grips with this challenge–that any sort of valid assessment of future trends is a formidable challenge”.  They recognize and realize that “economic, social and technological forces are combining to drive change along at great speed, and a growing deluge of information is making it increasingly hard to discern the key factors affecting the long term”.

Providing a better understanding of the issues that matter, their events serve as a platform where policy makers can:

In 2005, the OECD IFP embarked on a 2-year project which has resulted to THE BIOECONOMY IN 2030: Designing a Policy Agenda.  This aimed to “assess how pervasive biotechnological applications are likely to become given our rapidly increasing biological knowledge”.  In similar fashion, this project also examined:

This OECD Project interprets and defines the term bioeconomy to be “the aggregate set of economic operations in a society that use the latent value incumbent in biological products and processes to capture new growth and welfare benefits for citizens and nations”. The word VALUE plays a crucial role in the game as these benefits are made manifest in product markets through:

Rationalizing the agenda, the OECD professes that bioeconomy is “made possible by the recent and continuing surge in the scientific knowledge and technical competencies”–and that all these can be “directed to harness biological processes for practical applications”.

The challenge for all countries of the whole world persists as we ask: Are you truly part of this global agenda and are you seriously playing your role in it?

Cover image sourced from Pexels as captured by Gelatin 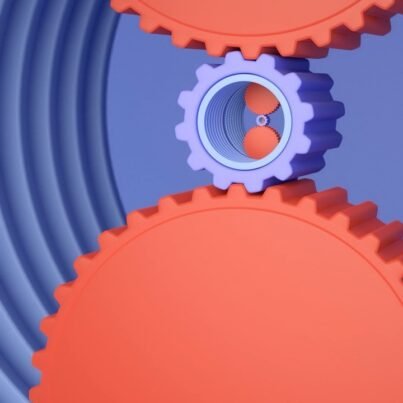