The current discussions revolving and rotating around the concepts of cradle-to-cradle, the spaceship earth, the blue economy, industrial ecology, and biomimicry—owes its vibrancy to conscious narratives written, published, and read over the last half century of our global history. Very recently, Thibaut Wautelet’s 2018 working paper The Concept of Circular Economy: its Origins and its Evolution argues that the idea of CE (Circular Economy) “cannot be traced back to one single date or author, rather to different schools of thought”.

What then, were the origins of this buzz phrase and what were these schools of thought? Where is this grand idea rooted upon? Who uttered the first statements which has triggered conversations and conventions on this global battlecry and advocacy? The 2016 book Materials and Sustainable Development provides us with a brief list of individual and collective initiatives that are highly regarded as the cornerstones of Sustainability. From a handful, following are five of the most significant literature—arranged chronologically—representing recent decades about the story of humankind’s thoughts and actions towards mother earth.

SILENT SPRING was a landmark book written by Rachel Carson in 1962 which dove deep into the harsh and deafening reality of DDT pesticide use in US agriculture. While she also studied ocean life, Carson is more respected for having challenged the idea that “humans could obtain mastery over nature by chemicals, bombs, and space travel”.  Her narrative not only served as a warning on the dangers of heavy pesticide use but more significantly, she courageously “questioned the scope and direction of modern science”.  Regarded as a Social Revolutionary, she is widely recognized to have initiated the environmental movement in the contemporary world and Silent Spring “became the handbook for the future of all life on earth”.

The Club of Rome, a group of like-minded thinkers, was founded in 1970 through its first major gathering where “an international team of researchers at the Massachusetts Institute of Technology began a study of the implications of unbridled exponential growth”.  This group primarily focused on five basic factors—population, agricultural production, non-renewable resource depletion, industrial output, and pollution. Two years later, the group published their controversial, multi-million copies report THE LIMITS TO GROWTH—which served as a catalyst for sustainable movement at a global scale.  To this day, The Club of Rome is defined by their most relevant concern from day one: the call to action for everyone to objectively and scientifically assess the impact of humanity’s behavior and resource use.

OUR COMMON FUTURE is synonymous to The Brundtland Report, written and reported in 1987 by the Gro Harlem Brundtland who chaired the World Commission on Environment and Development.  Tasked to formulate a global agenda for change, this major report prioritized the creation and crafting of long-term strategic proposals for the achievement of sustainable development at the turn of the 21st century and beyond.  The report was also aimed at arriving at a shared definition of long-term environmental issues among nations in order to work more closely together in addressing these concerns. In the report’s foreword, Brundtland has said that “the ENVIRONMENT is where we all live; and DEVELOPMENT is what we all do” and believed that these two are inseparable. Together with the other Commissioners from diverse backgrounds—financial and planning officials, foreign ministers, and policymakers in science, technology, and agriculture—the report has proven that “it is possible to join forces, to identify common goals, and to agree on common action” if we unanimously look towards Our Common Future.

On December 11, 1997, The United Nations Framework Convention on Climate Change (UNFCCC) signed the KYOTO PROTOCOL which addressed the adverse effects of global warming as an amendment to the 1987 Montreal Protocol. Attended by dignitaries from more than 150 nations, this protocol was the first international treaty which primarily zeroed in on the control and reduction of greenhouse gas emissions. As ratified, this protocol mandated 37 industrialized countries and the European Community to cut their emissions while the developing nations were made to comply voluntarily. After years of interaction among the nations who signed the treaty, the Kyoto Protocol took effect in 2005 and was effectively replaced a decade later by the subsequent Paris Agreement. However, the important question each nation continue to ask remains: how much do we contribute to the problem+solution?

The FIFTH ASSESSMENT REPORT of the Intergovernmental Panel on Climate Change (IPCC) was the Synthesis Report (SYR) on Climate Change 2014 which integrated the findings of three working groups.  As one, comprehensive assessment, this report “confirms that human influence on climate system is clear and growing, with impacts observed across all continents and oceans”. The three working groups were each tasked to concentrate on various aspects including: (1) The Physical Science Basis; (2) Impacts, Adaptation, and Vulnerability; (3) Mitigation of Climate Change; as well as special reports on Renewable Energy and Managing the Risks of Extreme Events and Disasters to Advance Climate Change Adaptation.As jointly established by the World Meteorological Organization (WMO) and the United Nations Environmental Programme (UNEP), the IPCC bravely declared in the report that “ignorance can no longer be an excuse for tergiversation”—urging us to act now, not later. 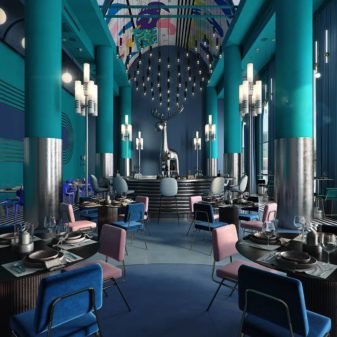