An emotion is a strong feeling or mental reaction derived from a situation, a mood, or an affiliation. As everything that surrounds us has been designed in some way, we undergo an emotional reaction to our environment moment-by-moment–eliciting an emotional response whether it is positive or negative.

Emotions change the way the human brain operates; in fact, it plays a key role in our ability to comprehend and experience the world and in the development of our empathic approach. Hence, design nowadays has developed into emotion-driven designs that are more focused on the human experience and gives importance on platform, interaction, scheme as well as on user interface.

One example of an emotion-driven design is Empatico. Empatico empowers and immerses teachers and students to discover and study the world through a free video conferencing platform. As to how it works, each registered class will be paired with another class based on similar interests, activities, classroom schedules and student ages. Usability is simple as there is no need for the user to download anything or install an app. With just an Internet connection and a device with a camera, whether it is a computer, tablet or mobile phone, Empatico enables the opportunity for children around the world to see new places, learn about other cultures, spread kindness and develop empathy and understanding at an early age.

Commissioned by the British Council, the creative studio Marshmallow Laser Feast (MLF) released a virtual reality (VR) art installation entitled A Colossal Wave! The purpose of the installation is to demonstrate Newton’s Theory of Cause and Effect, and also to address and ignite conversations about environmental issues through expressive imagery.

Combining the latest innovations in interactive VR, artistry, and computer-generated abstract forms created by the human voice, coined ‘voice fruits;’ the installation is not just thought-provoking but is also personalized. Furthermore, the multisensory experience from wearing a backpack that generates body vibrations and specialized audio, creates a positive surprise for the end user and provides “an opportunity to experience unforgettable Alice in Wonderland style moments of wonder,” as per Robin McNicholas, MLF’s Creative Director.

Imagine if you can make temperature personal by just releasing cool or warm sensations in the inside of your wrist! Better yet, imagine a wearable device that can easily regulate your mood by activating your thermal senses.

Founded by Matt Smith, David Cohen-Tanugi, and Sam Shames, the Embr Wave bracelet is a wearable device that can alter the perceived temperature of a room by delivering sensations in dynamic waves to its user. The bracelet itself has a minimalist aesthetic similar to an Apple Watch and can easily be activated with the use of color thermal indicators such as pressing the blue side for cooling and red side for warming. The warm or cooling effect is produced by thermal waves, which either pulls or applies heat to your skin to activate thermal senses–also known as the Peltier Effect. The Embr Wave bracelet is perfect for those struggling with thermoregulation issues, having difficulty in sleeping, dealing with hot flashes, or experiencing menopause–thereby improving overall thermal wellness of its user.

Emotional health is a significant part to overall wellbeing but is oftentimes disregarded over physical health. This was observed and acted upon by industrial designer, Rui Sun, in creating the Emotional First Aid Kit that aims to provide comfort in different emotional scenarios.

The kit consists of 5 objects to cater to different mental situations. The Purple Breathing Mask provides calming effects using aromatherapy, while the Indigo Third Eyeglasses is a kaleidoscope glasses that encourages the user to look at things from a different perspective. The Blue Stress Buster for releasing anger is a speaker or megaphone with blue ink to help visualize the sound produced from screaming into it. The Green Mediating Stethoscope helps calm down a user by listening to heart beats, while the Yellow Confidence Booster is a super-light padded jacket designed to give a feeling of being in a “secure, safe shell” specially for people with low self-esteem.

With the help of the Emotional First Aid Kit, emotional health is promoted by encouraging the user to be more in control of their behavior, feelings, as well as their thoughts.

Developed together with the Polish Blind Association, Chinese tech giant Huawei came up with an app called Facing Emotions that enables the visually impaired to “see” by identifying emotions and translating it into sound.

With the help of artificial intelligence (AI) and an offline machine-learning algorithm, the rear camera of a Huawei Mate 20 Pro phone identifies and examines the expression and features on the face such as the eyebrows, eyes, nose and mouth and converts it into emotions depending on the perceived positions of the said facial features. The app then translates the identified emotions into sounds that correspond to the following: anger, fear, disgust, happiness, sadness, surprise and contempt.

The Facing Emotions app gives the visually impaired a sense of empowerment by “bringing new technology to everyone, especially those that need it most” as per Wang Tao, Huawei’s Consumer Business Group President.

Designed and developed by Israeli designer Yaara Nusboim, the Alma dolls are a series of wooden toys for kids struggling with emotional trauma. The dolls help in processing repressed emotions through a game or play concept wherein the child simply selects a toy instead of undergoing the usual conversation method.

Each Alma doll represents an emotion or feeling such as fear, pain, emptiness, love, anger and safety. Selecting a doll and analyzing its corresponding emotion during the treatment process, will help interpret a child’s backstory as well as its emotional and mental state. In addition, as per Yaara Nusboim, “Playing with a toy provides a safe psychological distance from the child’s private problems and allows them to experience thoughts and emotions in a way that’s suitable for their development.”

HOW DO EMOTIONS IMPACT DESIGN NOWADAYS?

As mentioned earlier, emotions play a key role in understanding and experiencing the world. Consequently, it is important to strengthen the emotional impact of a product to be able to really connect to audiences and inspire action–as emotions are, after all, a vital part of who we are and the main priority for design and technology nowadays. 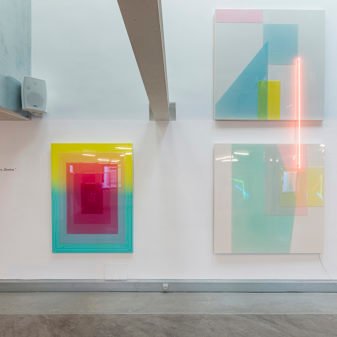