The growth of urbanization has drastically increased over the years. Technology, development, and innovation became fundamental catalysts for urban landscapes to exponentially expand that lead to the current world we are living in. City life today is heavily imagined with high-rise glass buildings tha extensively dominate the urban landscape, situating city dwellers within a congested environment of bricks, concrete, and steel. There is little to no room for nature to situate itself inside it, as people have favored structure over nature. However, in recent years, nature is slowly being revelled back to society, integrating natural themes within interior and exterior living spaces. This shift is coined as Biophilia.

Biophilia, according to a theory of biologist Ed Wilson, is an innate and genetically determined affinity of human beings with the natural world. It is humankind’s intrinsic biological connection with nature. (Browning, Ryan, Clancy, 2012) History can elaborately tell the affinity of humans with nature, from the excessive use of acanthus leaves ornamentation during the classical era, the cockle shell motifs of the Rococo period, up to the organic styles that the Art Nouveau movement evoked. Natural themes coincide with human instincts, taking inspiration from the simplest offerings from nature, like plant leaves and roots, to a more complex ideology of nature where its inherent organic personality is interpreted into art, designs, objects, etc.

In theory, biophilia should not be stereotyped and confined solely to greeneries and foliages in surroundings. The influence brought about by nature, as an instinctive attraction of mankind, transcends multiple disciplines and practices that is regarded biophilic in essence. These incorporated elements go beyond numerous facets of industries. Architecture and interior incorporates biophilia through greenery, sinuous organic forms, materiality, and colors, to name a few, into spaces and structures. Objects, furniture, and art can also be biophilic. Furniture that mimic details taken from wildlife like a chair with hoofed feet. Art that exudes the organic and tinkers the concept of nature like hoisted root sculptures in courtyards. Objects that synthesize minerals with craftsmanship like malachite jewelry boxes or agate coasters.

Contemporary examples of artists, designers, and brands incorporating biophilia include fashion designer Robert Wun who weaves nature into his works through his fascination for orchids. His designs cleverly mimic the sensuous form of the flowering plants. Furniture brand Cyparaea takes notion from the ocean as source of inspiration creating furniture pieces that imitate the biotic shapes of life in sea. Yayoi Kosama’s fascination for pumpkins and the gourd species, although psychologically and nostalgically rooted, are greatly interpreted into her iconic works. Architect Ken Yeang uses nature as it is to be experienced within the environment, religiously incorporating vegetation into his designs that gratifies and indulges the well-being and essentially, humanity itself. These are a miniscule of examples who cleverly utilizes nature into their crafts of their respective industries.

Biophilia is conceptually integrated seamlessly into life to appeal to people and their inherent desire to live and be within a naturalistic atmosphere. There is a holistic quality that biophilia encompasses that links its presence to improved well-being, productivity, and healing. Visual, sensory, and tactile existence of nature in built environments aid a more “humane” experience to inhabitants that adds beauty, comfort, serenity, and ease to the overall space which can be seen and felt from numerous aspects of design and art.

There is no limit to how biophilia is perceived, as long as it purposefully satisfies the intuitive craving of humans to follow nature and its in-depth actuality. Its interpretation is left in an open narrative that lingers in time for humans to perpetuate. The phenomenon that is biophilia remains an integral part of life, no matter how urbanized the world becomes, revert to nature is inevitable. No matter how nature is disregarded or disrespected, it will remain a constant that is indispensable and resilient. Look back to history, get back with nature, and embrace the organic love for what is natural and essential. 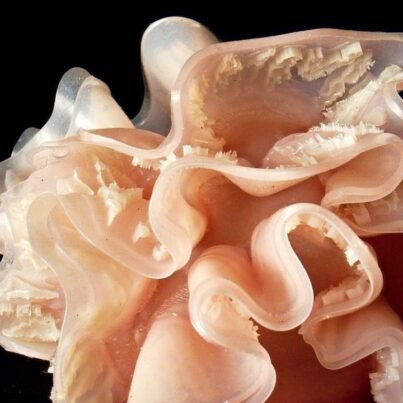